The Group One Coronation Cup is a Group One middle distance horse race that is run over a trip of 1m4f.

Normally staged at Epsom racecourse during their Epsom Derby Meeting in early June, but in 2020 the race is set to be moved to Newmarket racecourse on Friday 5th June.

We take a look back at recent winners of the Coronation Cup and highlight the key trends to look out for. 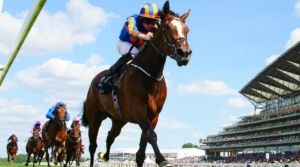 TQ VERDICT: Normally run at Epsom, so the trends have to be taken on trust a tad. It’s a cracking renewal though with last year’s winner – Defoe – the 2019 Epsom Derby hero – Anthony Van Dyck – the prolific Cup horse – Stradivarius – plus the top-rated Godolphin runner – Ghaiyyath – in attendance. It would be a shock if the winner isn’t coming from one of that four. Anthony Van Dyck has a bit to prove as he’s not been able to follow-up that Derby win from 5 runs since. Ghaiyyath is the one to beat based on the ratings, but might not be much value in the betting. This Godolphin horse is a very smart middle-distance performer, who is also a course winner here, returned back in February to win a G3 in Dubai very easily. Stradivarius will have its supporters too with Frankie riding, but this drop back to 1m4f might not be in his favour – especially on what’s likely to be quick ground. He might just get tapped for toe at a crucial stage. If that’s not the case and he can keep tabs with them early on, then his proven stamina will be a big plus in the closing stages. So, the call is for last year’s winner – DEFOE - to follow-up. This 6 year-old is also a CD winner here at HQ and he might be fitter than most having only run 3 months ago in Dubai. With 9 wins from his 20 starts, plus 5 top-two finishes, then he’s got a cracking strike-rate (70%) of hitting the top two.