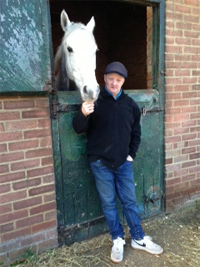 Lee Carter started training here in Epsom following a successful career as both a jockey and work rider to Reg Akehurst and Terry Mills. He has been associated with some great horses including Where or When, Mitcham and Royal Hunt Cup winner Norton.

After his riding career he became assistant to the late John Akehurst and took over the reins at Old Yard after John's passing.

Lee and the team hope that in the future we have a lot to look forward to.

Lee is a flat trainer that has a lot of runners on the turf at tracks like Lingfield, Epsom, Winsdor and Sandown, plus is a big supporter of the AW racing scene with many winter runners at Lingfield, Wolverhampton, Kempton and Chelmsford.