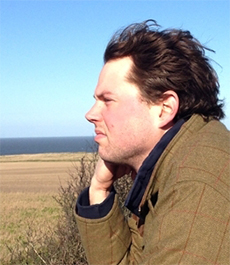 From the age of six, I started to develop an infatuation with the magical combination of intense competition and nature at its magisterial best. I’ve been lucky enough to work with some of the great horsemen of our time, as stints with the likes of James Fanshawe, Lee Freedman and Nicky Henderson moulded my beliefs on how humans can eek the best out of an animal that is more intelligent than I ever thought imaginable.

In January 2014 I finally joined the training ranks and in July of that year, I took the lease on a beautiful yard called St Gatien Cottage Stables. Alongside a fantastic team of experienced horsemen, and the incredible support of my family, friends and long term girlfriend Vikki, I am about to embark on my second season as a race horse trainer.

Our first season was a complete whirlwind as we roared home 12 winners at a 15% strike rate. Highlights included a winner, BARBARY, with our very first runner. A Saturday afternoon double, courtesy of ACCESSIONand THIS IS THE DAY, at Newmarket and Haydock, and a runner in the Breeders Cup with WET SAIL.

2019 is another big year for up-and-coming Charlie and the team as they are moving across Newmarket to the Bedford House Stables, that former Derby-winning handler Luca Cumani used to train from. More space will give them the option to attract more owners and with the yard having already made a name for themselves in the last few seasons then the bigger owners are already knocking on their door.

His globe-trotting Prince Of Arran ran a blinder to be third in the 2018 Melbourne Cup in Austraila – a horse that has made the racing community around the world take notice of Charlie’s ability.

Over the last five seasons on the flat, Charlie has sent 100 winners and won over £1.3million in total prize money.